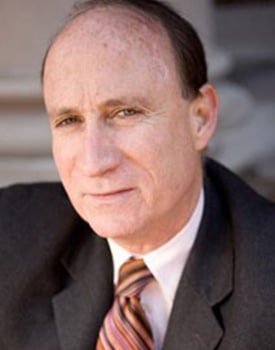 Bio: Bruce Kogut is the Sanford C. Bernstein & Co. Professor of Leadership and Ethics and director of the Sanford C. Bernstein Center for Leadership and Ethics at Columbia Business School. He received his PhD from the MIT Sloan School of Management. He holds an honorary doctorate from the Stockholm School of Economics and held honorary visiting professors at the Social Science Research Center Berlin and at Infocomm Singapore.

Previously, he was on the faculties of the Wharton School of the University of Pennsylvania and INSEAD, and he has been a research fellow and visiting professor at the Rand Corporation, École Polytechnique, Stockholm School of Economics, Humboldt University, Santa Fe Institute, the Singapore Management University and Tsinghua University, among others. He directed the strategy and emerging-economy research centers and was the associate vice dean for the PhD program at Wharton, was subsequently the founder of the social entrepreneurship program at INSEAD and codirected the Ariane de Rothschild Fellows Program at Columbia, which aims to develop a network of social entrepreneurs with an interest in fostering a culture of mutual respect and dialogue among Jewish and Muslim communities.

Professor Kogut was the editor of the European Management Review and a member of the editorial boards of several leading academic journals. He also chaired the 1998 AIB meeting held in Vienna. As an early research innovator on real options, knowledge and innovation, culture and direct investment, complexity in economic networks, and knowledge and joint ventures, he has won several awards (including two decade awards from JIBS) and has been published in leading sociology, management and economic journals. Sponsored by Wharton, INSEAD and the World Economic Forum, his edited book (coedited by Peter Cornelius) on governance and international capital flows was presented at the Davos meetings. He has also written books on comparative management, the Internet and redesigning the business school, and a selection of his articles was published by Oxford University Press in 2008 under the title Knowledge, Options, and Institutions. His book on The Small Worlds of Corporate Governance will be published by MIT Press.

He is currently writing on financial innovations in social capital markets as well as on executive pay in finance. In his capacity as Director of the Bernstein Center, he has organized a series of conferences and short publications on the financial crisis, executive compensation in finance (joint with the New York Federal Reserve Board and supported by the Friedrich Ebert Foundation), diversity at the top, and women and wages, available at http://www4.gsb.columbia.edu/leadership/ .

Mr. Kogut is a member of the board of 3i Infotech, a start-up and listed Indian IT company, and has been or is on the boards of non-profits in France and India, business schools in Russia, France, and India, and research institutes in the UK (AIM), Brussels (EIASM), and Singapore (NUS). He co-chaired the innovation public group for the 2008 Obama campaign. In the past years, he has appeared on CNBC, BBC, World Focus, PBS, ABC News, and John Stewart Show, and has published editorials in Forbes.com, Financial Times, Les Echos, Le Figaro, and other newspapers and journals.

Having taught in executive programs in the United States, Europe and China, Professor Kogut has also taught business school classes on governance, ethics, development and international strategy and now teaches the core course on strategy in the MBA and EMBA programs at Columbia Business School as well as an elective on the Future of Financial Services, team taught with several colleagues at Columbia.

He is married to Monika Knutsson, a designer, and they have two children, Emily and Erik.