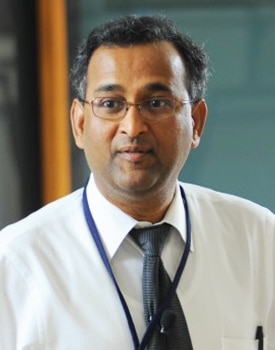 Bio: Charles Dhanaraj is the H.F. “Gerry” Lenfest Professor of Strategic Management at the Fox School of Business, Temple University and also serves as the Executive Director of the EDBA Program, and Founding Director of Center for Translational Research in Business. Previously Charles had served as Professor of Strategy and Global Leadership at IMD, Switzerland (2014-2017), Associate Professor at Kelley School of Business at Indiana University (1999-2013), and Lecturer at Temasek Polytechnic, Singapore (1992-1995)./p>

Charles’ research focuses on strategic partnerships, global innovation, and strategic leadership. He has published in several top journals and has received several awards for his research and teaching. He has also written several award winning cases on strategy and leadership issues, several of which deal with issues relating to emerging markets. In 2017, he was elected as a Fellow of Academy of International Business. He serves as Vice President for the AIB and Deputy Editor of Cross Cultural and Strategic Management, and in the editorial boards of six major journals including Strategic Management Journal and Journal of International Business Studies, and a guest editor for special issues at Leadership Quarterly and Management International Review.

An engineer from IIT Madras (India), with Masters degrees in engineering and business, Charles earned his PhD in business from Ivey Business School, Canada.