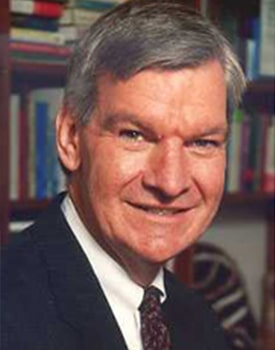 Bio: Professor Christopher Bartlett received an economics degree from the University of Queensland, Australia (1964), and both the masters and doctorate degrees in business administration from Harvard University (1971 and 1979).

As a practicing manager prior to joining the faculty of Harvard Business School, he worked as a marketing manager with Alcoa in Australia, a management consultant in McKinsey and Company’s London office, and general manager of Baxter Laboratories’ subsidiary company in France.

After joining the faculty of Harvard Business School in 1979, his research and teaching focused on the strategic and organizational challenges confronting managers in multinational corporations and on the organizational and managerial impact of transformational change.

Among the leadership roles he played in his 27 years as a faculty member at HBS, he headed the International Senior Management Program, chaired the School’s General Management Unit, and ran the international executive program, Program for Global Leadership.

He has published eight books, including (co-authored with the late Sumantra Ghoshal) Managing Across Borders: The Transnational Solution (named by the Financial Times as one of the 50 most influential business books of the century) and The Individualized Corporation (named one of the Best Business Books for the Millennium by Strategy + Business magazine). Both books have been translated into more than ten languages.

He has also authored or co-authored over 50 chapters or articles which have appeared in journals such as Harvard Business Review, Sloan Management Review, Strategic Management Journal, Academy of Management Review, and Journal of International Business Studies. He has also researched and written over 100 case studies and teaching notes which have sold more than 3 million copies worldwide, making him the best-selling case author in the history of Harvard Business School’s case publishing operations.

In addition to his academic responsibilities, he maintains ongoing research interests in the organization and management of multinational enterprise, the impact of radical corporate transformational change, and the management of human and intellectual capital for competitive advantage. He consults with and serves on the board of several large companies in the US, Europe, and Australia.