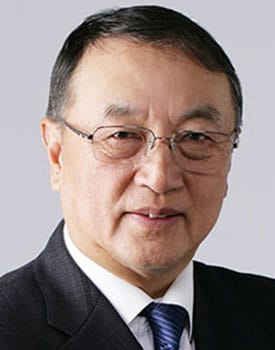 Mr. Chuanzhi Liu is President and CEO and co-founder of Legend Holdings Ltd. (Lenovo belongs to the Legend Holdings Group). Lenovo is China’s top producer of PCs and one of the five major producers of computer motherboards in the world.

Mr. Liu is the principal architect behind his company’s recent acquisition of IBM’s PC unit.

Mr. Liu graduated with an engineering degree from Xian Military Communication and Engineering College of China and began his career as a research scientist at the Computer Research Institute, Chinese Academy of Science. In 1984, he started a computer company with ten colleagues with a loan from a nearby commune for RMB200,000 (roughly $80,000 at the then prevailing exchange rate). In 2001, the sales of the Legend Holdings Group reached RMB32.8 billion (roughly USD 4 billion). In the same year, it was ranked as the best managed company in China, and the 8th “Global Best High-Tech Companies” by BUSINESS WEEK (June 2000). In June 2001, Legend entered into a joint venture with AOL Time Warner Inc. to provide internet services in China.

The ECONOMIST has characterized Mr. Liu as a leader of a “corporate cultural revolution” in China by demonstrating how he has successfully led his company to adapt to the unique Chinese political-economic environment in its transition from a planned to market economy. Mr. Liu created an ownership and incentive system to bring about sustained growth of his company by bringing into full play the initiatives of his employees. He advocated that the major responsibility of a business leader is to “build an effective team, formulate a visionary strategy, and develop promising successors”, which has now become the cornerstone of the Legend Holdings Group. Yuanqing Yang is one of the successors he has groomed.

Mr. Liu’s vision and contributions have won him many accolades, including the title “Star of Asia” by BUSINESS WEEK; “Asian Businessman of the Year”, by FORTUNE; and the chief protagonist in the 2001 Harvard Business School Case, “A technology Legend in China”. In November 2001, he was selected as one of the “25 Business Leaders with Global Influence” by TIMES, the only executive from China to be thus honored.

Liu Chuanzhi is an Honorary Fellow of the Academy of International Business as the recipient of the 2006 AIB Fellows International Executive of the Year Award.