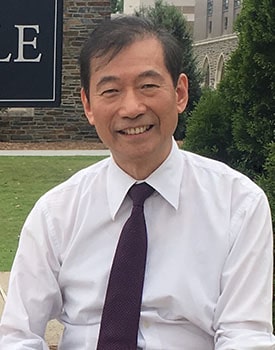 Dr. Kwok was the President of the Academy of International Business from August 2018 – January 2020. He was the AIB Vice President-Administration in 1995-1996. He is a Fellow of the Academy of International Business. He has served on various journal editorial boards, including the editorial board of the Journal of International Business Studies. Dr. Kwok has been teaching various international finance and China business courses at both master and doctoral levels at the University of South Carolina since Fall, 1984. Besides teaching at the University of South Carolina, he has been consistently invited as a visiting professor at universities around the world, including the Peking University (Beijing University, PRC), the Chinese University of Hong Kong (Hong Kong, PRC), Jiaotong University (Shanghai, PRC), Wirtschaftsuniversitat Wien (Austria), and the Monterrey Institute of Technology (ITESM, Mexico). Through the years, he has received numerous teaching awards from different universities in the U.S., Europe and Asia.

Besides teaching regular full-time business students, he also conducts seminars for multinational corporations such as Verizon, Westinghouse, International Paper Corporation, Sonoco, Milliken, Flour and so forth. He was interviewed by the National Public Radio (“All Things Considered” program), China’s CCTV (national TV channel of China), and WIS-TV on Newswatch program.