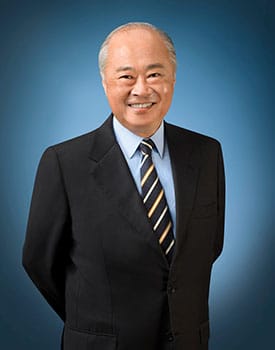 Bio: Sir C.K. Chow joined GKN in 1996 and was appointed Chief Executive in 1997. Before joining GKN, he was a director of The BOC Group plc and Chief Executive of BOC Gases worldwide. He is a past President of The Society of British Aerospace Companies, a non-executive director of Standard Chartered plc and a member of the Governing Body of the London Business School. He has a BSc and an MSc in Chemical Engineering from the University of Wisconsin-Madison, an MBA from the Chinese University of Hong Kong, is a graduate of the Harvard Advanced Management Program and is a Fellow of the Institute of Chemical Engineers.—

Sir C.K. Chow is an Honorary Fellow of the Academy of International Business as the recipient of the 2001 AIB Fellows International Executive of the Year Award.