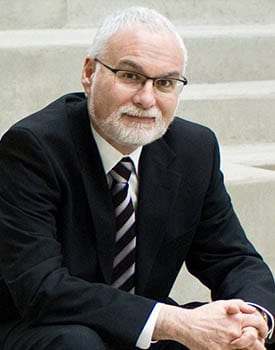 Bio: Daniel M. Shapiro (PhD, Cornell) is Dean and Lohn Foundation Professor, Beedie School of Business, Simon Fraser University. He has worked for over thirty years as an educator and researcher. He has published five books and monographs and over seventy-five scholarly articles on international business strategy and MNEs, determinants of FDI, and international aspects of corporate ownership and governance. His research has been published in Journal of International Business Studies, Strategic Management Journal, Academy of Management Journal, and Journal of Industrial Economics, among others. His articles have been cited over 3500 times. His current research focuses on the impact of governance and institutions as determinants of innovation and outward FDI from emerging markets. In 1995 and again in 2002 he was awarded the TD Canada Trust Teaching Award.

He has designed and delivered executive programs to managers in the private and public sectors, both in Canada and abroad (including Russia, Guyana, Indonesia and China). He has served as a consultant to various organizations in the public and private sectors in the areas of foreign investment, mergers, competition policy, strategy and industrial policy, and has served on the Boards of both private and public organizations.

He has over 25 years of experience university administration. Most recently as Dean of the Beedie School of Business he has successfully developed a strategic position for the School with an emphasis on globalization and emerging markets, raised the money to name it, and led the School through successful accreditation rounds with AACSB and EQUIS.  As Dean, he has worked to enhance the international role of international business in the School. In this regard, he was instrumental in launching the MBA for the Americas, a unique and innovative EMBA program developed with partners at Vanderbilt (USA), FIA (Brazil) and ITAM (Mexico). He was also instrumental in launching the Canadian International Institute for Extractive Industries and Development, a project in partnership with UBC and Ecole Polytechnique de Montreal. This institute, funded by a $25 million grant from the Canadian government, is devoted to helping developing countries enhance their resource governance capabilities and promote sustainable development. He also helped launch the Jack Austin Centre for Asia Pacific Business Studies, in partnership with the Asia-Pacific Foundation of Canada (a quasi-government entity).

Daniel M. Shapiro is an Honorary Fellow of the Academy of International Business as the recipient of the 2014 AIB Fellows International Educator of the Year Award.