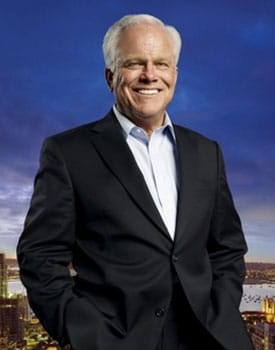 In his current position, which he has held since Feb. 1, 2006, Felsinger directs the strategic operations of all the Sempra Energy companies.

Felsinger previously was president and chief operating officer of Sempra Energy, when he was responsible for implementing Sempra Energy’s growth strategy and for overall management of the Sempra Energy companies. He has been a member of the board of directors since 2004.

Prior to the merger that formed Sempra Energy, beginning Jan. 1, 1998, Felsinger served as president and chief operating officer of Enova Corporation, the parent company of San Diego Gas & Electric (SDG&E).

After Felsinger joined SDG&E in 1972, he held a variety of officer positions with responsibility for all aspects of the utility business.

Felsinger is a graduate of the Stanford University executive program and also has a bachelor’s degree in mechanical engineering from the University of Arizona. He serves as the director of the Northrop Grumman Corp. and as a member of the Conference Board, the Committee Encouraging Corporate Philanthropy, and the U.S.-Mexico Chamber of Commerce. Felsinger has also served on the green Foundation and was co-chair of the Forum Fronterizo Council of the San Diego Dialogue.

Donald E. Felsinger is an Honorary Fellow of the Academy of International Business as the recipient of the 2009 AIB Fellows International Executive of the Year Award.