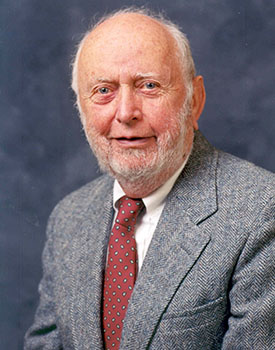 In 1992, he became the first economic historian ever to win one of the economics profession’s most prestigious honors, the John R. Commons Award, which was established by the International Honors Society in Economics in 1965. In 1993 he was awarded the Nobel Memorial Prize in Economics. He is a fellow of the American Academy of Arts and Sciences and has served as president of the Economic History Association and the Western Economic Association. North is also the Hoover Institution’s Bartlett Burnap Senior Fellow and has served as an expert for the Copenhagen Consensus and as an advisor to governments around the world.

North’s research has focused on the formation of political and economic institutions and the consequences of these institutions on the performance of economies through time, including such areas as property rights, transaction costs, and the free rider problem. North is recognized as one of the founders of the “new institutional economics,” and has done important work on the connection of the cognitive sciences to economic theory. Along with Ronald Coase and Oliver Williamson, he helped found the International Society for the New Institutional Economics which held its first meeting in St. Louis in 1997.

Born in Cambridge, Massachusetts in 1920, he graduated from the University of California, Berkeley with a B.A. in General Curriculum-Humanities in 1942 and a Ph.D. in Economics in 1952. He joined the United States Merchant Marine during World War II. Prior to finishing his PhD, North had also been a semi-professional photographer and had worked with Dorothea Lange as well as other notable photographers.

Douglass North is being honored by the AIB Fellows as an Eminent Scholar who was not an AIB member but who marked the research of many members of the Academy of International Business. Past honorees include Charles Kindleberger (1987), Edith Penrose (1994), Geert Hofstede (1998), Richard Caves (1999), Alfred Chandler (2000), Oliver Williamson (2003).

Douglass North is an Honorary Fellow of the Academy of International Business as the recipient of the 2007 AIB Fellows Eminent Scholar Award.