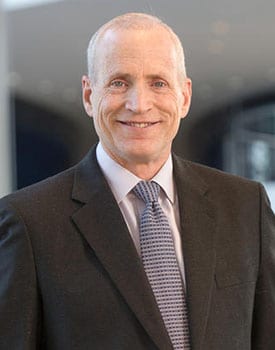 Bio: Edward A. Snyder is Indra K. Nooyi Dean and William S. Beinecke Professor of Economics and Management at the Yale School of Management whose mission is to educate leaders for business and society.  The school’s objectives are to be: (i) the business school that best leverages its home university; (ii) the most global U.S. business school; and (iii) the best source of elevated leaders for all sectors and regions.

During his tenure at Yale, the school developed the first global network of top business schools, introduced its Master of Advanced Management degree for graduates of the Global Network for Advanced Management, and forged yet stronger programmatic relationships with other Yale professional schools.

Mr. Snyder began his professional career as an economist with the U.S. Department of Justice’s Antitrust Division.  He earned a PhD in Economics and an MA in Public Policy from the University of Chicago.  He began his academic career at the University of Michigan where he developed programs in Central Europe, China, India, and Russia.  His research and teaching is focused on industrial organization, antitrust economics, law and economics, and financial institutions.

Previously, Mr. Snyder was the Dean and George Shultz Professor of Economics at the University of Chicago Booth School of Business.

Edward A. Snyder is an Honorary Fellow of the Academy of International Business as the recipient of the 2018 AIB Fellows International Educator of the Year Award.