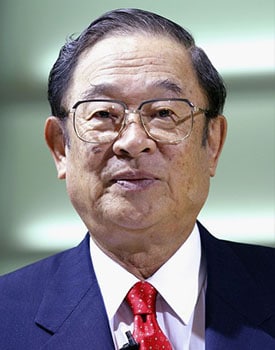 Bio: Mr. Fujio Cho is the Chairman of the Toyota Motor Corporation and the recipient of the 2011 AIB Fellows International Executive of the Year Award, which recognizes a business leader who has significantly improved the stature and role of international business at home and abroad.  The award this year honours both the global industry leadership of the Toyota Motor Corporation, which has transformed the motor vehicle industry around the world through the Toyota Production System of lean production and continuous improvement, and Mr. Cho’s leadership in the expansion of Toyota’s production facilities in the United States and in the introduction of the world’s first commercially successful hybrid vehicle, the Toyota Prius.

Mr. Cho joined Toyota in 1960, after graduating from the prestigious Faculty of Law at the University of Tokyo.  He spent his early years at Toyota in production, under the supervision and tutelage of Mr. Taiichi Ohno, the architect of the now world-famous Toyota Production System.  He rose through the ranks of the Production Control Division until in 1987 he was chosen to play a role in setting up Toyota’s first wholly-owned production facility in North America.   In 1988, when that facility opened in Kentucky, he served its president from 1988-1994.  His role in Toyota’s becoming a respected local corporate citizen was honoured with an honorary doctorate in engineering from the University of Kentucky in 2002.

After his return to Japan in 1994 he served as a managing director, senior managing director, executive vice president, and in 1999 he became the President of the Toyota Motor Corporation.  During these years he was a strong advocate for the development of the hybrid car.  In 1997, the world’s first mass-produced hybrid car, the Prius, was introduced in Japan, and in 2001 was rolled out worldwide.  In 2006, Mr. Cho became the Chairman of the Toyota Motor Corporation.

Fujio Cho is an Honorary Fellow of the Academy of International Business as the recipient of the 2011 AIB Fellows International Executive of the Year Award.