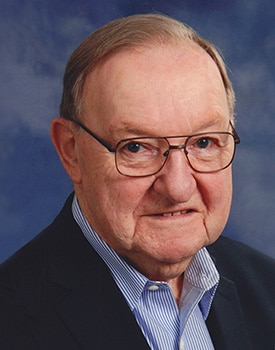 Bio:Dr. Mueller is a former member of the Financial Accounting Standards Board (USA) and Professor Emeritus of Accounting at the University of Washington, Seattle. He holds an honorary doctorate in economics from the Swedish School of Economics and Business Administration, Helsinki, and an honorary Doctor of Law Degree from Kwansei Gakuin University, Hyogo, Japan.

At the University of Washington, Dr. Mueller served as the Hughes M. Blake Professor of International Business Management and later as the Julius A. Roller Professor of Accounting. His other services at the University of Washington include Acting Dean of the Business School, Senior Associate Dean, Executive Director of the Center for International Business Education and Research (CIBER), Chair of the Department of Accounting, and Director of the Master of Professional Accounting Program. He received BS, MBA and Ph.D. degrees from the University of California Berkeley, and is a CPA with wide professional and business experience. During 1988-89, he served as President of both the American Accounting Association (AAA) and the Washington Society of CPAs. He is past chairman of the Board of Trustees of Overlake Hospital Medical Center in Bellevue, Washington, and of the Accounting Education Change Commission (AECC).

Dr. Mueller has lectured at numerous universities, conferences, and management programs in both the United States and abroad. He is the author, co-author and co-editor of 19 books and more than 100 professional journal articles and reviews. His biographical listings appear in “Who’s Who in the World” and “Who’s Who in America”, among others. He served on several national advisory committees and boards of directors. He is a fellow of the Academy of International Business. He won several distinguished teaching and outstanding educator awards (American Accounting Association, 1982; University of Washington, 1983; Washington Society of CPAs, 1985; Beta Alpha Psi, 1987; American Institute of CPAs, 2000), and the Wildman Medal in 1986. During 1987, he served as the American Accounting Association distinguished International Visiting Lecturer in seven African countries.