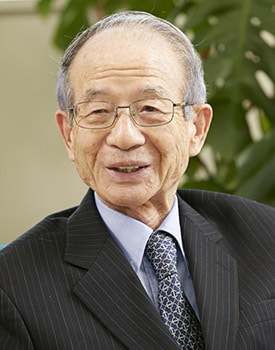 Bio: Ikujiro Nonaka is a leading Japanese management scholar whose work on knowledge creation has been recognized and valued in a wide range of fields, including strategy, organization theory, technology management and entrepreneurship – and International Business.  Professor Nonaka ‘s detailed studies of product development in Japanese companies led to his general model of knowledge creation as a set of processes involving the interactions of tacit and explicit knowledge and highlighted the crucial role of the work context in which innovations are developed and applied.

Unusually for a Japanese academic, from the 1980s on he has presented his findings and his model in a range of leading academic journals, including Organization Science, the Harvard Business Review, the California Management Review, and the Sloan Management Review. His 1995 book with Hiro Takeuchi, The Knowledge Creating Company (Oxford University Press, 1995), is widely cited and has reached an audience well beyond academia.

His studies of cross-border product development in Japanese multinational enterprises were an important contribution to the understanding of the internationalization of R&D in the late 1980s and early 1990s. His recent publications include another co-authored book in English, Managing Flow: A Process Theory of the Knowledge-Based Firm (Palgrave, 2008).

Ikujiro Nonaka studied at Waseda University in Tokyo.  After graduation he joined Fuji Electric Company.  After a few years, he decided to get a graduate education in the United States, and enrolled in the Business School at the University of California, Berkeley, where he studied management and sociology.  He graduated with a PhD in 1972.  He returned to Japan and took a position at Nanzan University in Nagoya, a private institution.  The public university system was not yet ready to accept outside graduates, He soon moved to the Japan Defense Academy in Nagoya, researching and teaching military strategy and organization.  Having written a best-selling book about Japanese organizational failures in World War II, he was asked to join Hitotsubashi University, widely considered the pre-eminent public university in Japan in the fields of business and economics.

Ikujiro Nonaka is now Professor Emeritus at the Graduate School of International Corporate Strategy, Hitotsubashi University, Japan.  He is also the Xerox Distinguished Faculty Scholar, at the Institute of Management, Innovation and Organization, University of California, Berkeley.  In 2007 he was the first Distinguished Drucker Scholar in Residence at the Drucker School and Institute, Claremont Graduate University.

On November 9, 2010, the Emperor of Japan conferred upon Professor Nonaka the Zuihosho, or The Order of the Sacred Treasure, Gold Rays with Neck Ribbon, for his outstanding achievements and contributions in education.  Professor Nonaka was first decorated by the Emperor of Japan in 2002 with the Medal of Honor with Purple Ribbon for his outstanding contributions to the academia.

Ikujiro Nonaka is an Honorary Fellow of the Academy of International Business as the recipient of the 2012 AIB Fellows Eminent Scholar Award.