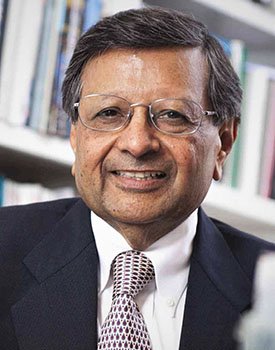 Dr. Sheth is a recipient of the 2020 Padma Bhushan Award for literature and education, one of the highest civilian awards given by the Government of India. He is a Fellow of the Academy of International Business (AIB); the Association of Consumer Research (ACR); the American Psychological Association (APA); and the American Marketing Association (AMA). He is a Distinguished Fellow of the Academy of Marketing Science (AMS) and the International Engineering Consortium. He is the recipient of all four top awards given by the American Marketing Association (AMA). Professor Sheth has been advisor to numerous corporations all over the world. He has authored or coauthored more than three hundred papers and numerous books.

Dr. Sheth is the Founder of Center for Telecommunications Management (CTM) at University of Southern California (USC), Founder and Chairman of India, China, and America (ICA) Institute which analyzes the trilateral relationship and its impact on geopolitics, security, trade, and investment, and the Founder and Chairman of the Academy of Indian Marketing (AIM) which supports research and scholarship among Indian scholars in marketing and management. He and his wife, Madhu Sheth, have established the Sheth Family Foundation to support several charities in India and in the United States and the Madhuri and Jagdish Sheth Foundation to support scholars and scholarship in the field of marketing. The Sheth Foundation supports the AMA-Sheth Foundation Doctoral Consortium, hosted annually by different universities.