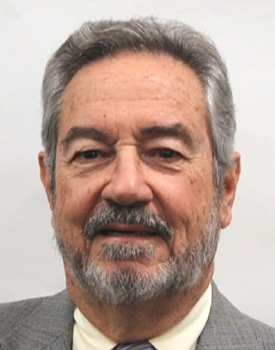 Bio: José de la Torre is the Chair and Founding Executive Director of the EMBA Consortium for Global Business Innovation and a Visiting Professor at the McDonough School of Business, Georgetown University. Until 2010 he was the J.K. Batten Professor in Strategy (now Emeritus) and served as the Founding Dean of the Chapman Graduate School of Business at Florida International University. Previously he served on the faculty at UCLA’s Anderson School, INSEAD (France), Georgia State University and Harvard Business School, and held visiting appointments at INCAE (Nicaragua), U. del Valle (Colombia), U. Adolfo Ibáñez (Chile), Stockholm School of Economics (Sweden), and Theseus (France).

Professor de la Torre is the author of over 65 books and articles and more than 30 case studies in the field of international business and strategy.  He has written on the management of multinational firms, the relationship between corporate strategy and government policy and on foreign investment in developing countries.  His books include The Activities of IT-Multinationals in the European Community, EEC, Brussels (1985); Clothing-Industry Adjustments in Developed Countries, Macmillan, London (1986); and Managing the Global Corporation, McGraw-Hill, New York (2000).  Recent articles deal with the structure and efficiency of multi-country operations in multinational companies, the management of international corporate alliances, the determinants of trust in inter-corporate collaborations, the operations of multinational and local companies in Latin America and the importance of Global Citizenship.  His publications have appeared in the J. of International Business Studies, Academy of Management Review, Management Science, Organization Science, California Management Review, Management Research, European Management Review, Management International Review, Global Strategy Journal, J. of World Business and other leading professional journals.

De la Torre earned a doctorate from the Harvard Business School and degrees in engineering and business from the Pennsylvania State University.  He has been a director of several international companies based in Mexico (automotive components), India (IT services), and Florida (in health care and an international bank), and served on the International Advisory Boards of business schools in France, Italy, Portugal, Argentina, Uruguay and Cyprus.  He was elected a Fellow of the Academy of International Business, the International Academy of Management, the Strategic Management Society and the Business Association for Latin American Studies, and was named Outstanding Educator of the Year by the Academy of Management in 2013. He is currently a member of the Global Support Network for Ashoka, a global social entrepreneurship organization.

Born and raised in Havana, Cuba, Dr. de la Torre is a U.S. citizen and has lived and worked at various times in Europe, Asia and Latin America.  He is married to Marta Araoz de la Torre, has two grown children and four grandchildren, and resides in Miami, Florida, and Bethesda, Maryland.