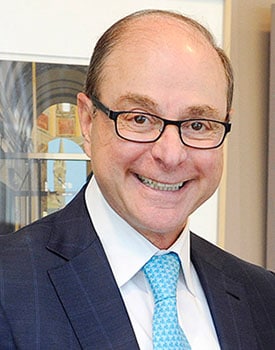 Bio: Joseph E. Aoun, a leader in higher education policy and an internationally renowned scholar in linguistics, is the seventh President of Northeastern University.

A respected voice on the value of global and experiential education, President Aoun has enhanced Northeastern’s signature co-op program with opportunities around the world and additional flexibility. Students have worked, studied, and conducted research in 131 countries, on all seven continents.

President Aoun has strategically aligned the University’s research enterprise with three global imperatives—health, security, and sustainability.  Northeastern is home to seven federally recognized research centers and institutes, including  the  Center for Awareness and Localization of Explosives-Related Threats, the Center for High-Rate Nanomanufacturing, the Center for Translational Cancer Nanomedicine, the Gordon Center for Subsurface Sensing and Imaging Systems, and the Institute for Information Assurance.  Northeastern’s faculty focus on interdisciplinary research, entrepreneurship, and on transforming research into commercial solutions that address the world’s most pressing problems.

Northeastern’s excellence in education, research, and urban and global engagement is attracting highly-talented applicants from throughout the U.S. and around the world.  This year, it received more than 47,000 applications for freshman admission— the highest in the University’s history.  During Aoun’s presidency, Northeastern has also established a network of graduate campuses and has amassed one of the largest libraries of online and hybrid professional masters programs of any university in the U.S.

President Aoun came to Northeastern from the University of Southern California’s College of Letters, Arts & Sciences where he was the inaugural holder of the Anna H. Bing Dean’s Chair. He received his Ph.D. in linguistics and philosophy from the Massachusetts Institute of Technology and advanced degrees from the University of Paris (France) VIII and Saint Joseph University (Beirut, Lebanon).

President Aoun has published seven books and written more than 40 articles. In 2006 he was named a Chevalier dans l’Ordre des Palmes Academiques (Knight of the Order of the Academic Palms) by the French government.  In 2011, he received the Robert A. Muh Award from MIT’s School of Humanities, Arts, and Social Sciences. He is a member of the American Academy of Arts and Sciences and is the immediate past Chair of the American Council on Education (ACE). In 2013, Northeastern University President Joseph E. Aoun was elected a fellow of the American Association for the Advancement of Science (AAAS).

Joseph Aoun is an Honorary Fellow of the Academy of International Business as the recipient of the 2016 AIB Fellows International Educator of the Year Award.