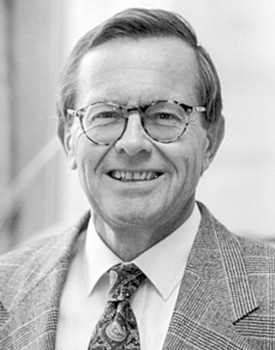 Bio: Klaus Macharzina is an Emeritus Professor of Business Management at the University of Hohenheim, Stuttgart, Germany, since October 1, 2005. He was a chaired Professor in the same department from 1976 to 2005. He is the Founding Director of the Research Center for Export and Technology Management, and was also the Editor of Management International Review (MIR) for about 35 years. Since January 1, 2006, he serves as an Honorary Editor at MIR. Previous appointments include academic positions at the Universities of Munich, Augsburg and Lancaster, UK, where he occupied the Chair of International Accounting from 1974 – 1976.

He was educated at the State University of Music at Munich (major in violin), and at the University of Munich (bachelor/master in Economics and Business Administration; PhD in Public Economics). Visiting appointments include Universities of Antwerp, Belgium, Sydney, Australia, Leeds, UK, International Institute of Studies and Training, Tokyo and Fujinomiya-shi, Japan, University of Hawaii at Manoa, Honolulu, U.S.A., Universidad Gabriela Mistral, Santiago, Chile, as well as American Accounting Association Distinguished International Lecturer 1980. He served as Dean of Economics and Social Sciences, Vice-President and President of the University of Hohenheim – the latter for two periods of office from 1994 – 2002. A member of several academic associations he was elected President of the European International Business Academy in 1997, and Fellow of the Academy of International Business in 1998. A member of the EIBA Fellows since 2003, he has been serving as their Dean from 2007 – 2010.

He was a founding member of the International Federation of Scholarly Associations in Management (IFSAM) and the Stuttgart Institute of Management and Technology (SIMT). In 2000 he received the Distinguished Service Cross, 1st Class of the Federal Republic of Germany. He carries two honorary doctoral and three honorary professorial degrees. His publications include 14 books, among them Business Policy and Management (with Joachim Wolf), 10th ed. 2018, plus over 150 articles. He serves on the editorial board of 10 academic international journals.