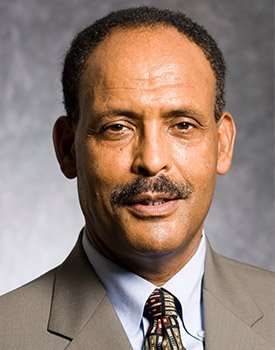 Bio: Lemma W. Senbet is the William E. Mayer Chair Professor of Finance at the University of Maryland, College Park, and former Director of Center for Financial Policy. While on leave (2012-2018), he served as Executive Director/CEO of African Economic Research Consortium, the largest economic research and training network in Africa. Previously he held the Albright Endowed Chair at the University of Wisconsin.

Prof Senbet has received numerous recognitions for his impact on the profession. He was elected Director of the American Finance Association. In 2000, he was inducted into the Financial Economists Roundtable. In 2006, he was inducted Fellow of Financial Management Association International.  In 2005, he was awarded an honorary doctorate by Addis Ababa University, Ethiopia. He has been appointed to over a dozen journal associate editorships, including premier finance journals and has served Editor (Finance), JIBS, and Executive Editor, FM.

Prof Senbet has advised World Bank, IMF, UN, and various agencies in Africa on issues of financial sector reforms and development. He is a member of Brookings AGI Distinguished Advisory Group and serves on the  Advisory Panel of G20 Compact with Africa. In 2021, he was appointed to the Council of Independent Economic Advisors (Ethiopia, appointed by Prime Minister). Finally, he possesses extensive board governance experience.