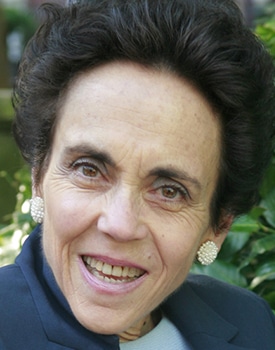 Professor Nachum’s areas of interest and expertise are globalization and the strategic management of Multinational Corporations, topics she has been teaching, consulting and publishing on extensively for three decades. She was the founding Director of the Centre for the study of Russian and Emerging Market Multinationals of St. Petersburg State University, which she led during its first three years (2015-17). She also led a two-year consulting project for Deloitte Tohmatsu Consulting on value creation and appropriation in global supply chains, with application to Bangladesh garment industry in 2016-17.

During the last decades, she consulted with a number of national and international organizations, including the United Nations, the European Union, London’s Westminster City Council, the Government of Turkey, the US Department of Commerce, on issues related to Multinational Corporations and globalization. In 2014 she was part of an expert delegation invited by the President of the UAE to advice on the global financial investment strategy of the country’s financial arm.

She is a frequent commentator on globalization and global companies and has been cited by various media outlets on these issues, including CNBC, FOX Business, CNN, Forbes, FT, India Economic Times, Business World India, Brooklyn Independent TV, and a regular speaker in research seminars and conferences around the world.

Her research has been awarded several recognitions, most recently the AIB 2017 Best Paper Award of the Research Method Division. She is the recipient of Baruch College 2011 Best Teacher Award and 2012 Presidential Excellence Award for Scholarship. She is the author of two books on global competition in service industries (one of them was translated to Chinese) and numerous journal papers published in the Strategic Management Journal, Management Science and the Journal of International business Studies, among others, and has served as a consulting editor and board member of the leading academic journals in international business and strategy.

Professor Nachum has held visiting positions in business schools around the world, many of which are the leading schools in their countries, including Sun Yat-sen University in China, India School of Business (ISB), Lagos Business School, and BI Norwegian Business School, among others, where she taught courses on strategy and business in a global world. She has served as an expert witness in several legal cases on cross-border issues involving global clients, including US Federal and international court appearances.