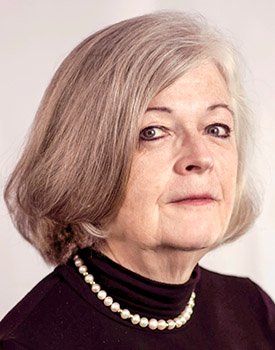 Bio: Born in Canada with degrees in economics from three Canadian universities, Lorraine Eden  joined the Management Department at Texas A&M University in College Station, Texas in 1995. She now holds the title of Professor Emerita of Management and a joint appointment as Research Professor of Law in the TAMU School of Law. Prior to joining Texas A&M, Eden held positions as a tenured professor in the Economics departments at Mount St. Vincent and Brock universities and the School of International Affairs at Carleton University.

Over her career, Eden taught economics and international business courses to thousands of  undergraduate, masters and PhD students, and chaired several PhD dissertations at Texas A&M. She started and ran the Transfer Pricing Aggies program at Texas A&M from 2007 to 2019; her former students now work all over the world in this field. She has also taught transfer pricing courses for the US and Canadian governments. Eden currently guest lectures on transfer pricing in the TAMU School of Law.

For many years, Eden’s professional service home has been the Academy of International Business (AIB). She was elected to two terms on the AIB Executive Board, including AIB President  2017-2018. She was also 2008-2010 Editor-in-Chief of AIB’s Journal of International Business Studies (JIBS), the top-ranked international business journal, after many years as a JIBS Area Editor. In 2004, she was elected an AIB Fellow; in 2012, she received the AIB President’s Award; and in 2016, WAIB (Women in the AIB) awarded her its inaugural Woman of the Year award. In 2019, she received JIBS 50th Anniversary Gold Medals for Scholarship and Scholarly Service. Currently, she is the 2020-2023 Dean of the AIB Fellows.

Ethics in the academy has also been a research, teaching and service interest for Eden. She was the lead author of AIB’s three codes of ethics and their updates. She also founded and co-wrote The Ethicist blog for the Academy of Management with Kathy Lund Dean and Paul Vaaler, which was a prelude to their book The Ethical Professor (Routledge, 2018), now forthcoming in Chinese and Spanish versions in 2022.  She also regularly conducts ethics training workshops for doctoral students and junior faculty.

Eden has received many awards over the course of her career including US-Canada Fulbright and Pew Fellowships. In 2019, she was honored by the European International Business Academy (EIBA) as a Tribute Scholar in Progress in International  Business Research, Vol. 13. That year, she was also honored by the Rennes Business School with the Medal of the City from the Mayor of Rennes, France.

For more than 30 years, Eden has also been a consultant to MNEs, government and international organizations on transfer pricing and MNE strategies and structures. Working with the Analysis Group, she has prepared several expert reports and been an expert witness on transfer pricing matters in well-known court cases. She now speaks regularly at professional conferences such as the American Bar Association, International Forum on Transfer Pricing Law, International Tax Congress, National Association of Business Economics, Transfer Pricing Minds, and the World Investment Forum.