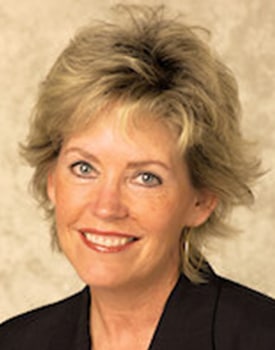 Dr. Von Glinow has authored over 100 journal articles and eleven books.  Her most recent include Managing Multinational Teams, by Elsevier 2005; Organizational Learning Capability by Oxford University Press, 1999 (in Chinese and Spanish translation) which won a Gold Book Award from the Ministry of Economic Affairs in Taiwan in 2002.  She also has a popular textbook: Organizational Behavior,2007, McGraw-Hill/Irwin and a recently published OB Essentials (2007). She heads an international consortium of researchers delving into “Best International Human Resource Management Practices;” her research in this arena won an award from the American Society for Competitiveness’ Board of Trustees.  She also received an NSF grant to study globally-distributed work. Dr. Von Glinow is the 2005 Academy of Management recipient of the Distinguished Service Award, one of the Academy’s 3 highest honors bestowed.

Mary Ann consults to a number of domestic and multinational enterprises, and serves as a mayoral appointee to the Shanghai Institute of Human Resources in China.  Her clients have included Asia Development Bank, American Express, Diageo, G.E., Knight Ridder, Burger King, Pillsbury, Westinghouse, Southern California Edison, The Aetna, State of Florida, Kaiser Permanente, TRW, Rockwell Int’l, Motorola, N.Y. Life, Amoco, Lucent, and Joe’s Stone Crabs, to name a few.  She is on the Board of Friends of WLRN, FieldingUniversity, Friends of Bay Oaks, Pan-Pacific Business Association, Sanctuary Animal Refuge and Animal Alliance in Los Angeles. She is actively involved in several animal welfare organizations and received the 1996 Humanitarian Award of the Year from Miami’s Adopt-a-Pet.