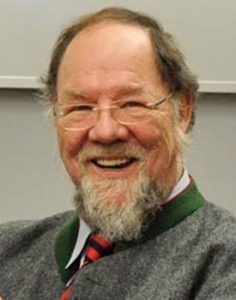 Bio: Michael R. Czinkota was professor at the McDonough School of Business at Georgetown University, Washington DC for more than 40 years. Previously, he served in the US government as Deputy Assistant Secretary of Commerce, and as supervisor of the Office of Trade Finance, Senior Advisor for Export Controls, and Advisor to the Director General of the Foreign Commercial Service.

He also served as Head of the US delegation to the OECD Industry Committee in Paris. He has advised the National Economic Council, the General Accountability Office, the US Department of State, and the World Trade Organization. He has testified many times before the US Congress. He has worked extensively with companies to improve their international business success.

Michael obtained his PhD in 1979 at Ohio State University and joined the Academy of International Business in 1980.