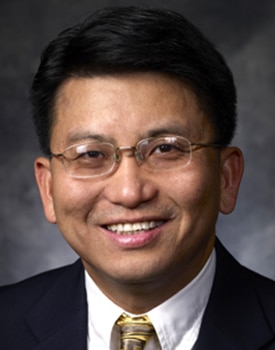 Affiliation: University of Texas at Dallas

Truly global in scope, Professor Peng’s research has investigated firm strategies in Africa, Asia Pacific, Europe, and North America. With over 150 articles, he is best known for his development of the institution-based view of strategy and his insights about the rise of emerging economies such as China in global business. Used in over 40 countries, his textbooks, Global Strategy, Global Business, and GLOBAL, are global market leaders that have been translated into Chinese, Portuguese, and Spanish. Both the UN and the World Bank have cited his work. With over 36,000 Google citations and an H-index of 70, he is widely regarded as one of the most prolific and most influential scholars in his field. In 2015, he won the prestigious JIBS Decade Award for his 2005 paper on research focusing on Central and Eastern Europe. Among the top 1% most cited researchers worldwide, Professor Peng has been on the list of Highly Cited Researchers (compiled by Thomson Reuters, based on citation impact) every year since 2014.

At AIB, Professor Peng co-chaired a Frontiers Conference (San Diego, 2006), guest-edited a JIBS special issue (2010), and chaired the Farmer Best Dissertation Committee (Washington, 2012). At the Strategic Management Society, he led the Global Strategy Interest Group (2008) and chaired two special conferences: Shanghai (2007) and Sydney (2014). He was editor-in-chief of the Asia Pacific Journal of Management (2007-2009) and senior editor of the Journal of World Business (2013-2017). At the Asia Academy of Management, he is program chair for the biennial conference in Bali, Indonesia (2019).

Professor Peng’s consulting clients include multinationals (such as Texas Instruments), governments (such as the UK Government Office for Science), and international organizations (such as the World Bank). He has been quoted in The Economist, U.S. News and World Report, Newsweek, Business Times (Singapore), and Brasil Econômico (São Paulo).