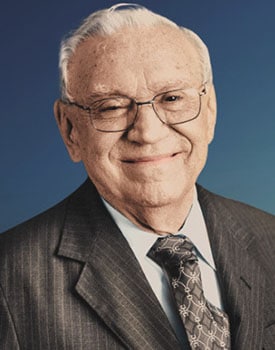 Bio: Ozires Silva was the recipient of the 2010 AIB Fellows International Executive of the Year Award, in honour of his pioneering role in the emergence of one of Brazil’s most successful international firms, Embraer. As one of the first generation of executives who built world-class competitive enterprises in Brazil, he led the way for today’s impressive roster of Brazilian CEOs, and he has since played a leading role both in government and in academia.

Ozires Silva’s role in the development of Embraer was both as an inventor and an entrepreneur. He led the aeronautical design team that developed a Brazilian design for a new type of regional transport plane and built the first prototype. When he could not persuade any established company in Brazil to manufacture the plane, he persuaded the Brazilian government to set up Embraer in 1969, and he served as the CEO of the company until 1986. During that period, the company designed, developed and launched into production 12 types of military and civilian aircraft, building a global supply chain and winning, against considerable opposition, international certification and market acceptance.

In 1986 he was appointed President of Petrobras, Brazil’s largest oil company, and then in 1990 he joined the government as Minister of States for Infrastructure, covering the areas of telecommunications, energy, transportation, mining and metallurgy. He returned to Embraer as CEO from 1991 to 1995 to oversee its privatization. He subsequently served as President and CEO of Varig Airlines from 2000 to 2002. He has gone on to a leadership position in academia, serving as the Dean of Unimonte, a private university in Sao Paulo.

Ozires Silva was born in 1931 and joined the Brazilian Air Force in 1948, earning his Military Pilot Wings in 1951. He was qualified as an Aeronautical Engineer by ITA (Brazil’s Aeornautical Technical Institute) and in 1966 received a Master of Science degree at CalTech. He has received numerous decorations from Brazil and other countries, and is the author of five books.

Ozires Silva is an Honorary Fellow of the Academy of International Business as the recipient of the 2010 AIB Fellows International Executive of the Year Award.