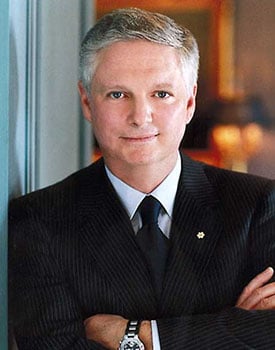 Paul Desmarais, Jr. is a member of the Board of Directors of several companies in Canada, the United States and Europe, including Power Corporation of Canada, Power Financial, Investors Group, Great-West, London Life, Canada Life, Gesca Ltd., Parsega Holding S.A. (Switzerland), Groupe Bruxelles Lambert S.A. (Belgium) and Suez and Total S.A. (France). He is Vice-Chairman of the Board and member of the Strategic Committee of Imerys and Chairman of the Advisory Board of SAGARD Private Equity Partners in France.

Paul Desmarais, Jr. is an Honorary Fellow of the Academy of International Business as the recipient of the 2005 AIB Fellows International Executive of the Year Award.