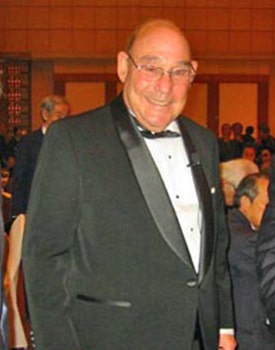 Bio: Richard R. Nelson is the George Blumenthal Professor of International and Public Affairs, Business, and Law, Columbia University, Emeritus, and Director of the Program on Science, Technology, and Global Development, at the Columbia Earth Institute and the recipient of the 2011 AIB Fellows Eminent Scholar Award.  This award recognizes an outstanding thinker or researcher in any discipline who is not an AIB member but whose scholarship has significantly influenced international business research through new conceptualizations, theorizations and/or empirical inquiries.  Richard Nelson is an economist whose work has been enormously influential in the IB field both because of his conceptual/theoretical work on the evolutionary theory of the firm and his pioneering empirical research on comparative technology systems.

His 1982 book co-authored with Sidney Winter, An Evolutionary Theory of Economic Change, was a landmark contribution both to economic theory and to the field of strategy, focusing attention on how firms develop and maintain distinctive routine-based competencies and how these are both shaped by and influence their environments.  This work has anchored the development of the evolutionary approach to the multinational corporation that has been one of the major theoretical developments in IB over the last two decades.

In addition, Professor Nelson is a pioneering figure in the development of the concept of national innovation systems now widely used in IB, and initiated an influential set of detailed historical studies of the evolution of country-level technological capabilities, combining industry, country, and firm levels of analysis National Innovation Systems, published in 1993).

Richard R. Nelson is an Honorary Fellow of the Academy of International Business as the recipient of the 2011 AIB Fellows Eminent Scholar Award.