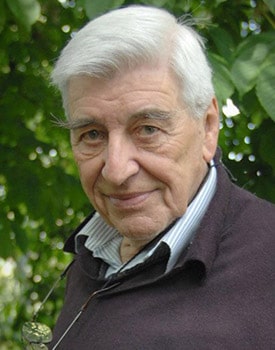 Bio: In the 1980s, when Japanese firms were changing the nature of competition in international business, the work of British sociologist Ronald Dore was an invaluable resource for IB scholars seeking to understand Japanese business firms and the environment from which they were expanding. He has built on his extensive research in the field of comparative business systems to become a scholarly and skeptical analyst of some of key issues in the globalization debates of the last decade and a half. He is an outstanding scholar whose deep understanding of the empirical phenomena he studies and ability to build on it to develop theoretical contributions are highly respected not only by sociologists but also by economists, anthropologists, historians, and comparative business systems scholars. Ronald Dore’s many contributions exemplify the deep pool of scholarship on individual societies that illuminates the context of international business research.

Dore’s pioneering comparative study of employment relations and factory organization in British Factory Japanese Factory (1973) provided a solid base for understanding the patterns adopted by the Japanese in setting up production facilities abroad. His 1983 article on relational contracting in the British Journal of Sociology (“Goodwill and the spirit of market capitalism”) has had a major impact in the social science of economic relationships, including work in IB on alliances, and has been reprinted in five different volumes (including one edited by Peter Buckley in 1996). His 1986 book, Flexible Rigidities, further explored the relationships across firms and between firms and governments in a comparative context. The challenges and processes of learning across borders have been themes of his work since the 1950s, from his classic book on Land Reform in Japan (1959) through his framing of late development and the dynamics of cross-border learning in British Factory Japanese Factory to his 2000 book, Stock Market Capitalism, Welfare Capitalism: Japan and Germany versus the Anglo-Saxons. In the 1990s, he built on this work to address some of the key debates on globalization, in the 1996 volume he co-edited with Suzanne Berger on National Diversity and Global Capitalism and his 2000 book Stock Market Capitalism, Welfare Capitalism: Japan and Germany versus the Anglo-Saxons.

His academic career began in the UK, at SOAS, but has spanned borders: he has held positions at the University of British Columbia, the Institute of Development Studies at Sussex University, the Technical Change Centre at Sussex, the Institute for Economic growth in Delhi, Imperial College, Harvard University, and MIT.

Ronald Dore is an Honorary Fellow of the Academy of International Business as the recipient of the 2008 AIB Fellows Eminent Scholar Award.