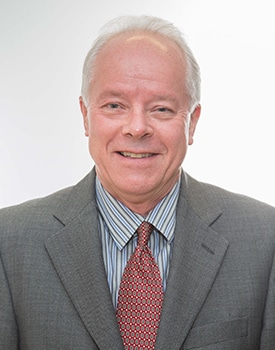 Sid Gray’s main teaching and research interests are in the areas of international accounting and corporate transparency, international business strategy, and cross-cultural management. He has been the supervisor of 49 PhD dissertations.  He is the author/co-author of more than 200 publications including 108 articles in refereed journals. He is recognised in particular as one of the world’s leading scholars in international accounting.  He is an elected Fellow of the Academy of the Social Sciences in Australia for distinction in accounting research. In 2012, he was conferred with the honorary degree of Doctor of Laws by Kwansei Gakuin University in Japan for his contributions to the advancement of culture.

Sid served as President of the International Association for Accounting Education and Research (IAAER) from 1992-97. He also served as a member of the Accounting Standards Committee (ASC) for the U.K. and Ireland (now the Financial Reporting Council), the peak standard setting body, from 1984-87. He is also a co-founder of the Australia and New Zealand International Business Academy (ANZIBA), serving as President from 2002-2004, and was recently elected as a Fellow in recognition of his contributions to ANZIBA over more than 20 years.