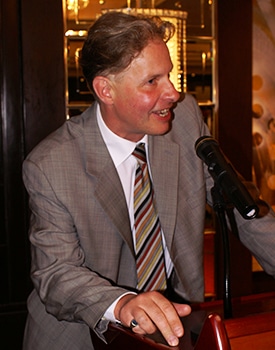 Udo was introduced to AIB by the late Professor Gunnar Hedlund at the Annual Meeting in San Diego in 1988. In 2003, he served as Program Chair for AIB’s Annual Meeting in Monterey, and that year he and Bruce Kogut received the JIBS Decade Award for their article “Knowledge of the Firm and the Evolutionary Theory of the Multinational Corporation”.