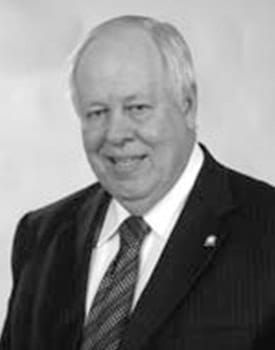 Professor Folks joined the University of South Carolina faculty in 1969, was promoted to Associate Professor in 1972, and to full Professor in 1976. His primary area of teaching and research is international finance, and he is the author of over forty research papers, published in journals such as Management Science, Financial Management, the Journal of Financial and Quantitative Analysis, the Journal of International Business Studies, Foreign Language Annals, and the Columbia Journal of World Business. Professor Folks has served as a Visiting Professor at Universite Catholique de Louvain (BELGIUM), the Helsinki School of Economics and Business Administration (FINLAND), and Xiamen University (People’s Republic of CHINA), has taught in numerous executive education and executive MBA programs in the United States, Brazil, Finland, and Abu Dhabi, and served for nineteen years as a member of the faculty of the Graduate School of Banking at LSU.

Professor Folks is married to the former Kathleen Golden Mitchell of Greenville SC. They have two grown sons, Will and Rick, and two grandsons, Caleb and Landon. He has served as a deacon and as an elder in First Presbyterian Church of Columbia, has chaired the Board of Deacons and numerous committees, including the Facilities Expansion Committee, and is currently Chair of the Administration Committee. He is a member of the Board of Trustees of Erskine College, and serves on the South Carolina State Historical Records Advisory Board. He is a member and past President of the Rotary Club of Five Points and a member and past President of the Columbia Torch Club.

William Randolph Folks, Jr. is an Honorary Fellow of the Academy of International Business as the recipient of the 2008 AIB Fellows International Educator of the Year Award.