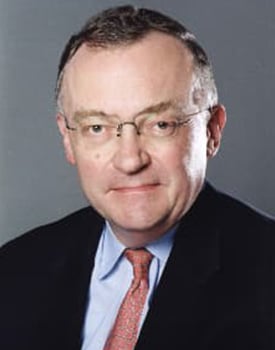 Bio: Yves Doz is the Solvay Chaired Professor of Technological Innovation at INSEAD and Visiting Professor at Aalto University (formerly Helsinki School of Economics). He was Dean of Executive Education (1998-2002) and Associate Dean for Research and Development (1990-1995) at INSEAD. Yves Doz received his Doctoral degree from Harvard University and is a graduate of the Ecole des Hautes Etudes Commerciales (Jouy-en-Josas, France).  He has also taught at the Harvard Business School, Stanford’s Graduate School of Business, Seoul National University, and Aoyama Gakuin University in Tokyo.

His research on the strategy and organization of multinational companies led to numerous publications, including several books, in particular The Multinational Mission: Balancing Local Demands and Global Vision, co-authored with CK. Prahalad (1987) and From Global to Metanational: How Companies Win in the Knowledge Economy co-authored with José Santos and Peter Williamson (Harvard Business School Press, 2001) which shows how companies can mobilize dispersed knowledge to learn from the world. His most recent work on this topic will be featured in his next book, Managing Global Innovation, co-authored with Keeley Wilson, that will be published in 2011.

Professor Doz currently carries out research on how companies can achieve strategic agility. In early 2008, he published Fast Strategy: How Strategic Agility will help you stay ahead of the Game, Wharton School Press, with Dr Mikko Kosonen, formerly CIO at Nokia. The research is based on interviews with 150 executives from leading global companies such as Cisco, HP, IBM, Intel, Nokia, and SAP. Measures, tools and leadership behaviours implemented by these companies as they rekindled growth are detailed in a way that can serve as examples and be readily put in practice. The book has received widespread acclaim and is being translated into Arabic, Chinese, Czech, Finnish, German, Korean, Portuguese, Russian and Thai. The study is on-going with an expansion of the sample to other industries and several publications in strategic management journals.

Professor Doz directs the Managing Partnerships and Strategic Alliances Programme at INSEAD, an executive seminar drawn from his research on strategic alliances (Alliance Advantage, co-authored with Gary Hamel was published in 1998).

Prof. Doz’ business experience includes work on multinational aircraft programs; he has consulted for many major multinational corporations and taught in their internal development programs. His recent assignments have included advising multinationals on the development of new growth platforms and designing and implementing competitive revitalization programs.