About the Series
About the Host
Published Conversations
Coming Next Week

Most of us read and extensively cite these top IB scholars. Their groundbreaking and seminal papers inspire us, and yet, many of us rarely get to know the “person” behind the scholarly accomplishments. These esteemed colleagues generously share with us how many different facets of their lives have influenced their work in these videos. These recordings are not about particular papers or specific empirical methods. Each has unique perspectives yet exhibit a shared ethos that centers on finding and solving substantive puzzles in IB.

These semi-structured interviews are in three parts. First, the guests talk about their journey on how they got into the profession, what else they could or would have pursued, their passions, interests, etc. Second, the scholars talk about promising IB topics, what is under-explored, not-well-understood, and over-emphasized topics. Third, the scholars share the best advice they received, their advice to young scholars on what to do and what not to do for a successful career. There is much value in learning from their experiences and hindsight.  Each session is practically a ‘masterclass’ with these top minds in our field. I hope these dynamic segments will keep on inspiring new generations of scholars.

New conversations will be published every Thursday. 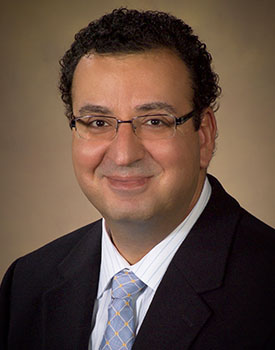 Bio: Ilgaz Arikan’s (Ph.D. the Ohio State University) interdisciplinary research in international business, strategy, and entrepreneurship draws from economics, political science, sociology, history, and international relations. His work on how history, exchange and political hazards impact firms’ governance choices, and how firms’ resources and capabilities impact relative performance have appeared in journals such as the Academy of Management Review, Management Information Systems Quarterly, Academy of Management Journal, Journal of International Business Studies, Strategic Management Journal, and chapters in academic and professional journals and books. He is an expert in the management and internationalization of authentic firms. 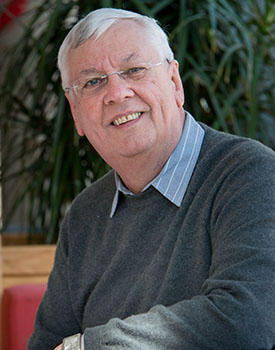 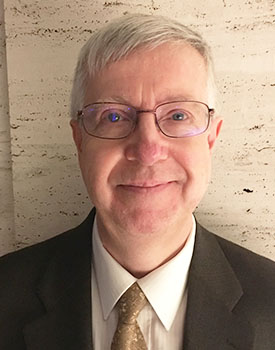 Professor Cantwell served as the Editor-in-Chief of the Journal of International Business Studies (JIBS) from 2011-16, which is the leading journal in the international business field. In 2019 he received the PWC Strategy & Eminent Scholar Award from the International Management Division of the Academy of Management for life-time achievement in international business scholarship. He was the elected Dean of the European International Business Academy (EIBA) Fellows from 2015-18. In 2005 he was elected as a Fellow of the Academy of International Business (AIB), and he was Vice President of the AIB in 2006-08, when he was the Program Chair of the Annual AIB conference in Milan in 2008. In December 2021 he is due to receive an honorary doctorate (honoris causa) from Complutense University, Madrid, in recognition of his contributions to research.

Bio: Ram Mudambi is the Frank M. Speakman Professor of Strategy at the Fox School of Business, Temple University, Philadelphia, USA. Previously he served on the faculties of Case Western Reserve University, the University of Reading in England, and the University of North Carolina – Chapel Hill. He received his M.Sc.(Econ) from the London School of Economics and his Ph.D. from Cornell University.

His work has appeared in the Journal of Political Economy, the Journal of Economic Geography, the Strategic Management Journal and the Journal of International Business Studies among many others. His practitioner pieces have appeared in the Harvard Business Review, the Sloan Management Review, and the California Management Review. His media appearances include the New York Times, The Atlantic, National Public Radio and numerous local radio and TV programs. He writes fiction under the pen name R.M. Burgess, and has published six novels, with a seventh forthcoming in 2021. He writes in the fantasy / science fiction and adventure / romance genres.

Bio: Professor David Teece from the University of California – Berkeley is the Thomas W. Tusher Chair in Global Business and Director of the Institute for Business Innovation at the Walter A. Haas School of Business.  He is one of the most influential management thinkers of our era. His influence on strategic management research and practice during the past 30 years has been nothing short of extraordinary.

David Teece almost singlehandedly invented the ‘dynamic capabilities’ approach in strategic management that has become a core paradigm in this field of academic inquiry and is also used extensively by international business scholars. Teece’s main piece on this subject has earned 15,500+ citations on Google Scholar (he has twelve other pieces with 1,000+ citations each). The main focus of this work is value creation and capture through innovation, taking into account that protecting the fruits of innovation requires a threshold level of ‘inimitability’ by competitors, as well as ‘complementary assets’. 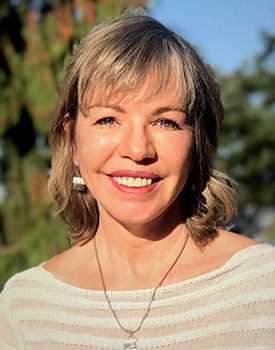 Bio: Mary Yoko Brannen is Professor Emerita at San José State University and Honorary Professor of International Business at the Copenhagen Business School. Professor Brannen pioneered the use of  ethnographic methods in IB to understand and theorize from complex cultural phenomena. Her early in-depth studies of the internationalization of large multinational firms such as Disney and NSK Ball Bearings are noted for contributing the constructs of negotiated culture, recontextualization, and biculturals as natural boundary-spanners to the field.

She was appointed Fellow of the Academy of International Business in 2016 having served as Deputy Editor of the Journal of International Business Studies for two consecutive elected terms (2011-2016).  At a time when large-scale, cross-sectional, quantitative studies were the norm in the field’s leading journal, Professor Brannen is credited with broadening the range of research methods recognized by IB scholars to include qualitative mixed methods studies, ethnography, semiotics, and linguistical analysis.

Professor Brannen previously held the Jarislowsky East Asia (Japan) Chair of Cross-Cultural Management at the University of Victoria in British Columbia, Canada and has served as a Visiting Professor at INSEAD, Fontainebleau, France, Stanford University, California, U.S.A, and Keio University, Tokyo, Japan.  She was awarded an honorary doctorate by the Department of International Economics, Government and Management at CBS in 2016. She currently sits on the Advisory Boards of the Master of International Business at the Stockholm School of Economics in Sweden, the Groupe d’Études Management & Langage (GEM&L) in France, and the Center for Japanese Studies at Portland State University in the U.S. 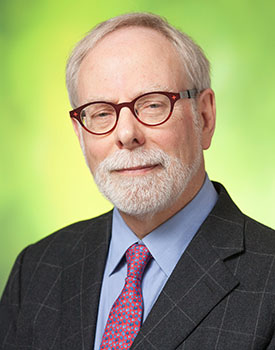 His research focuses on the comparative study of international economic institutions such as multinational firms (MNEs) and their contractual alternatives, on modes of foreign market entry, and on equity joint ventures. His Theory of Multinational Enterprise (University of Michigan Press, 1982) pioneered the application of transaction cost theory to international business. He is presently working on MNEs from emerging countries, Born Globals, the internationalization of family firms, and the measurement of MNE activity. His articles in top journals have garnered more than 18,000 citations. 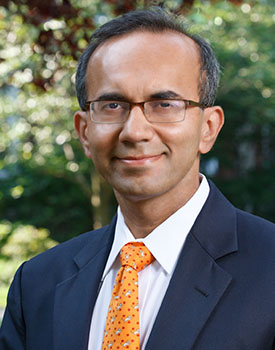 Bio: Tarun Khanna is the Jorge Paulo Lemann Professor at the Harvard Business School and Director of Harvard University’s Lakshmi Mittal & Family South Asia Institute. For over 25 years, he has studied entrepreneurship as a means of economic development. He currently teaches courses related to creativity in emerging economies. An online version, Entrepreneurship in Emerging Economies, one of Harvard’s most popular, has been taken by ~600,000 students in over 200 countries. A recent book, Trust, and an earlier one, Billions of Entrepreneurs, chronicle creative ventures in China, India and beyond.

In 2007, he was nominated to be a Young Global Leader (under 40) by the World Economic Forum. In 2009, he was elected a Fellow of the Academy of International Business. In 2016, he was recognized by the Academy of Management as Eminent Scholar for Lifetime Achievement in the field of International Management. The Government of India appointed him to lead several national committees connected to entrepreneurship and higher education. In 2020, he was charged by  The Lancet, the world’s leading global health journal, to co-chair a commission to re-imagine the future of India’s health system.

Outside Harvard, he serves on the boards of the Washington-based global power company, AES Corporation, the global adtech company and India’s first unicorn, InMobi, Boston’s Museum of Fine Arts, PRS India, a non-profit dedicated to India’s parliamentary governance, is a cofounder of Axilor, a Bangalore-based incubator, and of several for-profit and non-profit ventures across the developing world. 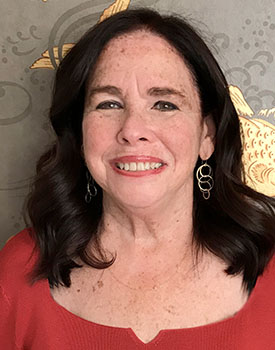 Bio: Marjorie Lyles is the International Business Distinguished Research Fellow at Florida International University College of Business International. She graduated from Carnegie-Mellon University and received her Ph.D. from the University of Pittsburgh.  Copenhagen Business School honored her with an Honorary Doctorate.

She is Past President of the Strategic Management Society and is a Chancellor’s Emeritus Professor of Global Strategic Management at Indiana University Kelley School of Business and was an Adjunct Professor at Lilly Family School of Philanthropy. At IU she was awarded the Ryan Award for exceptional contributions to the university’s international programs and engagement.

She is a Fellow of the Strategy Management Society and the Association of International Business.  Her teaching and research focused on emerging economies since the mid-1980s. She worked on  projects in China since 1985 when she was a consultant with the U.S. Department of Commerce Dalian programs.

Her mixed method and longitudinal research required her to seek research grants which included 2 National Science Foundation grants that developed organizational learning and the knowledge-based perspectives by studying alliances in emerging economies.

Her work has appeared in top academic journals such as SMJ, ASQ, JIBS, AMR, AMJ, and OSci. Lyles has worked with governmental, non-profit, and corporate entities across the globe.  She has consulted with the USIS, World Bank, and UNDP.

SAVE & ACCEPT
Go to Top